Writing an article about WayRay? Here are some resources you might find helpful

WayRay® is a team of deep-tech pioneers, creators of the world’s #1 Deep Reality Display® system that can be integrated into any vehicle.

The latest big project from WayRay is the Holograktor® car—a self-driving vehicle with integrated True AR™ content. Passengers ride in the Metaverse, an immersive virtual environment, made possible only with WayRay’s Deep Reality Display® technology. WayRay is a vertically integrated company that creates its products in-house, allowing for total control over the development and production process, cost reduction, and improved efficiency. WayRay is creating technological innovations that are unique and ahead of their time, nurtured in a special deep-tech work culture that sets us apart from the rest.

Got a question? Get in touch with us.

WayRay Holograktor mixes augmented reality into taxi of the future 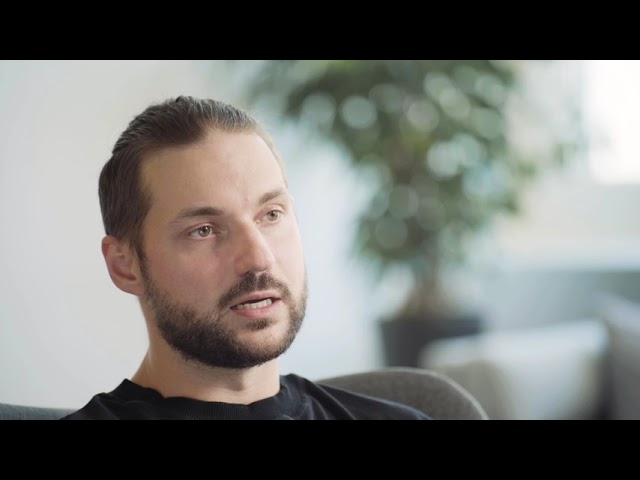 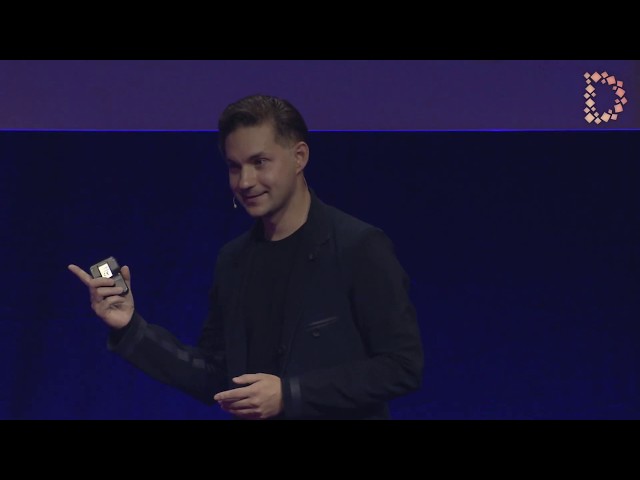 That same year of 2012, a few months after the accident, Vitaly gathered a group of some 15 pros who dared to start up the WayRay project.

In 2013, the team transformed their vision into a working prototype.

That year we won the Best Startup Award at Seedstars World Moscow, took the prize at the Intel Global Challenge, California, and got shortlisted as a finalist at Slush, Finland. Over the next two years, the company grew fourfold, with offices in Russia, Switzerland, the USA, and Hong Kong.

We upgraded Navion and developed the first-ever holographic AR infotainment system for self-driving cars. We built it into the Rinspeed Oasis concept car and presented the vehicle at the Consumer Electronics Show 2017. Later on, we raised multimillion funds in a Series B round led by Alibaba Group and announced the closing along with two strategic partnerships (Harman International and Banma Technologies) in spring 2017. In November 2017, we won the Top Ten Automotive Startup Competition held by Automobility LA.

The next year WayRay got louder.

At CES 2018, we presented Navion and announced our collaboration with Honda Xcelerator. Later on, we joined another Honda showcase at CES Asia in Shanghai and showed our holographic AR display prototype. That same year we announced a pilot project with Porsche at Startup Autobahn in Stuttgart and took home the People's Choice Award.

To deepen our collaborations with Asian suppliers and car manufacturers, we opened a new office in China in April 2018. The Jiading district of Shanghai became our fifth location worldwide.

In autumn 2018, we closed an $80M Series C financing round led by Porsche,

Our journey in 2019 had a truly eventful beginning.

At CES 2019, WayRay’s voice got bigger, better, and louder than ever before. We rolled out our first-ever holographic display built into a production vehicle — the Genesis G80. We also presented the 180° Holographic AR Experience in an AR cockpit, and showed off the True AR SDK beta.

Right after the show in Vegas, we set off to Cambridge, MA,

to sponsor the Automotive Prize Category at the Reality Virtually Hackathon where we provided the True AR SDK for AR app creation. The winning team WAYRIDER proposed an app called “AccuDrive” that helps increase drivers’ awareness of traffic rules.

In Q1 2019, the True AR SDK was named one of the five finalists in the VR/AR/MR category at SXSW Interactive Innovation Awards. In March, we traveled to Austin, Texas and presented our SDK at the showcase. At the same time, WayRay made its successful debut at the 89th Geneva International Motor Show. We showcased our holographic AR system built into the Mercedes-Benz and announced a partnership with Pininfarina, the Italian car design firm.

Back to CES for the fourth year in a row.

At IAA 2021, we presented the new generation of the WayRay True AR Head-up display (HUD)—Deep Reality Display—where different parts of the virtual image can appear at different distances.

2021 is the year of major partnerships: Covestro, AGP, Osram

At IAA 2021, we announced a few strategic partnerships. To deliver world-first Holo-Windshield for Holographic Augmented Reality Displays, we have partnered with AGP eGlass. To develop the transparent photopolymer film for the volume Holographic Optical Elements (vHOEs), we have started to work with one of the world's leading suppliers of high-tech polymer materials Covestro AG. To design an RGB laser engine with high wavelength stabilization specific for AR HUD applications, we continue to work with Osram.

The first Metaverse on wheels—Holograktor car

In Q4 2021, we presented Holograktor—the first car designed around WayRay holographic Deep Reality Display® technology and a new ride-hailing business model. Holograktor can be driven conventionally or by VR remote control. It is a window into the Metaverse offering safety, comfort, services, and entertainment for drivers and passengers where they can rest, work, play, sing—whatever they want.

The WayRay logo was designed to express our aspiration for excellence

The logo resembles a navigation arrow and symbolizes our growth mindset. Since our company name includes the word “way”, we decided to add the element of the road to the image. The irregular arrow-shaped polygon is divided down the middle, which makes it look like the route extends upward to infinity. We rotated the road vertically to create a center that helps us communicate both mobility and stability.

Ride-Hail Like Never Before: Powered by VR Remote Control

AirKnife — A Clean and Pleasant Journey

The True AR Immersion: Seamless Connection of the Real and Virtual Worlds